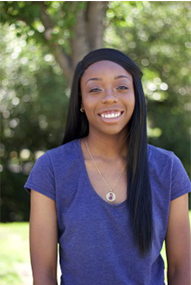 Tierra Rodgers is a lifelong San Franciscan who attended Everett Middle School before enrolling at Sacred Heart Cathedral Preparatory from 2005 until 2009. She stared on the SHC Women’s Varsity Basketball team and was voted first team all West Coast Athletic Conference each of her four years.

Some of the notable honors Tierra received were from the SF Chronicle, KRON 4 news, San Francisco Gate, ESPN and The New York Times. Along with being named All City, All Metro and being the MVP of the prestigious Arizona Classic National Tournament, she ended her illustrious career by being named a McDonald’s All American. Tierra was a member of a team that won three consecutive California State Championships and one National Championship, with a record of 33-0. After graduating from SHC she attended the University of California on a full basketball scholarship, but, her once promising career ended with a heart ailment which was detected during an off season workout while at Cal. She now has gone on to work with the youth of San Francisco and recently authored a book: Life in Overtime a Memoir of Persistence.